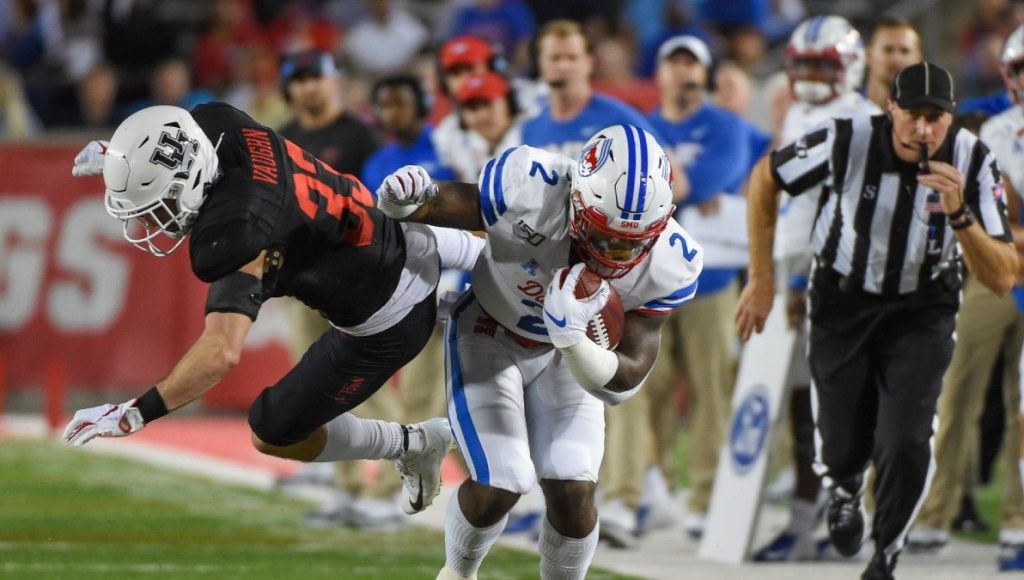 These are the best NCAAF betting strategies.

– NCAAF betting strategies include some knowledge of past bets.

– It pays to consider betting against the public.

Summer has arrived. Fall brings college football’s return. NCAAF betting is done more on the point spread and the game total. It’s important to know that at standard -110 juice, bettors must win 52.38 percent of the time to break even. Above that, you’re profitable.

Knowing this, we can offer a number of easy and profitable NCAAF betting strategies for this season.

Playing at home has benefits. Teams don’t have to travel to unfriendly environments. Home teams enjoy a familiar stadium and enthusiastic fans. Oddsmakers give home teams an average of three points in the spread. Still, home field advantage is often overvalued.

Oddsmakers skew lines toward home teams because the betting public loves home teams. They love favorites too. Shading lines toward favorites encourages public bettors to take overpriced numbers.That’s exactly what sportsbooks want. You would rather let your sportsbook work for you.

If a $100 bettor would have taken every home team against the spread since 2005, they would be down over $48,000. The best NCAAF betting strategies will be wary of betting home teams.

Remember, public bettors love home teams and favorites. The average Joe wants to wager on the better team if he’s going to gamble. What college football bettors should know is that underdogs, especially road underdogs with low totals, present a good betting option. Low totals favor underdogs because it’s harder for the favorite to cover.

Another of the simple NCAAF betting strategies is to look for short road underdogs. Keep in mind that the public loves the home favorite. They love favorites even more when they only have to win by a touchdown or less.

That’s why it pays to look for road underdogs of +4 or fewer points. Since 2005, teams in this situation have covered the spread 54.2 percent of the time.

Now, you can’t simply bet against the public all the time. You can, however, focus on home teams with 40 percent with 2.5 times the daily average.

What you are looking for is something like this. If the average game has 5,000 bets, you want to find games with 12,500. If there is a home team with 40 percent or less of the bets in that game, jump on it. Those teams have covered 57.1 percent of the time.

Teams getting 35% or fewer bets (and at least the daily average number of bets) in games with at least 1-point of reverse line movement have won 54.1 percent of the time since 2005.

Don’t forget to use multiple sportsbooks to shop for the best line and track reverse line movement.

Bet the Home Favorite after a Bye

After a bye, teams can rest and rehab injuries. Coaches have extra time to prepare for the next opponent. This favors home teams  and favorites. Home teams don’t travel and favorites are simply the better team.

Bettors love Overs. It’s human nature to like high-scoring games. Sportsbooks will shade totals with public bias in mind. However, simply betting every Over would lead to disaster.

If you had bet every NCAAF Over since 2005, you would have lost nearly 500 units. Interestingly, there is a group of Overs that does well.

This should make sense. When it’s hot, defenses get tired faster. Tired defenses give up more points.

The Wind & The Under

Easy NCAAF betting strategies will include a check of the weather before betting on a game total. One thing that greatly influences the Under is wind.

Teams will run the ball more often in high wind games. Quarterbacks have a difficult time throwing and kickers are less accurate in windy conditions.